We analyzed real estate market data in order to better understand the impact of the Olympic Games on the economy of host cities, taking the 2012 London Olympics and the 2000 Sydney Olympics as case studies. We chose these two cities because they represent different types of Olympics hosts. London was already an established global city at the time of its hosting, with the goal of juicing economic growth in disadvantaged boroughs, while Sydney was less well-known relative to London, hoping to emerge on the global stage through an Olympic bid. Using a difference-in-difference approach, we determined that hosting the Olympics contributed 4% to the residential real estate market in the London boroughs that hosted the events, which corresponds to an increase of about $1.88bn in residential property value in those areas. 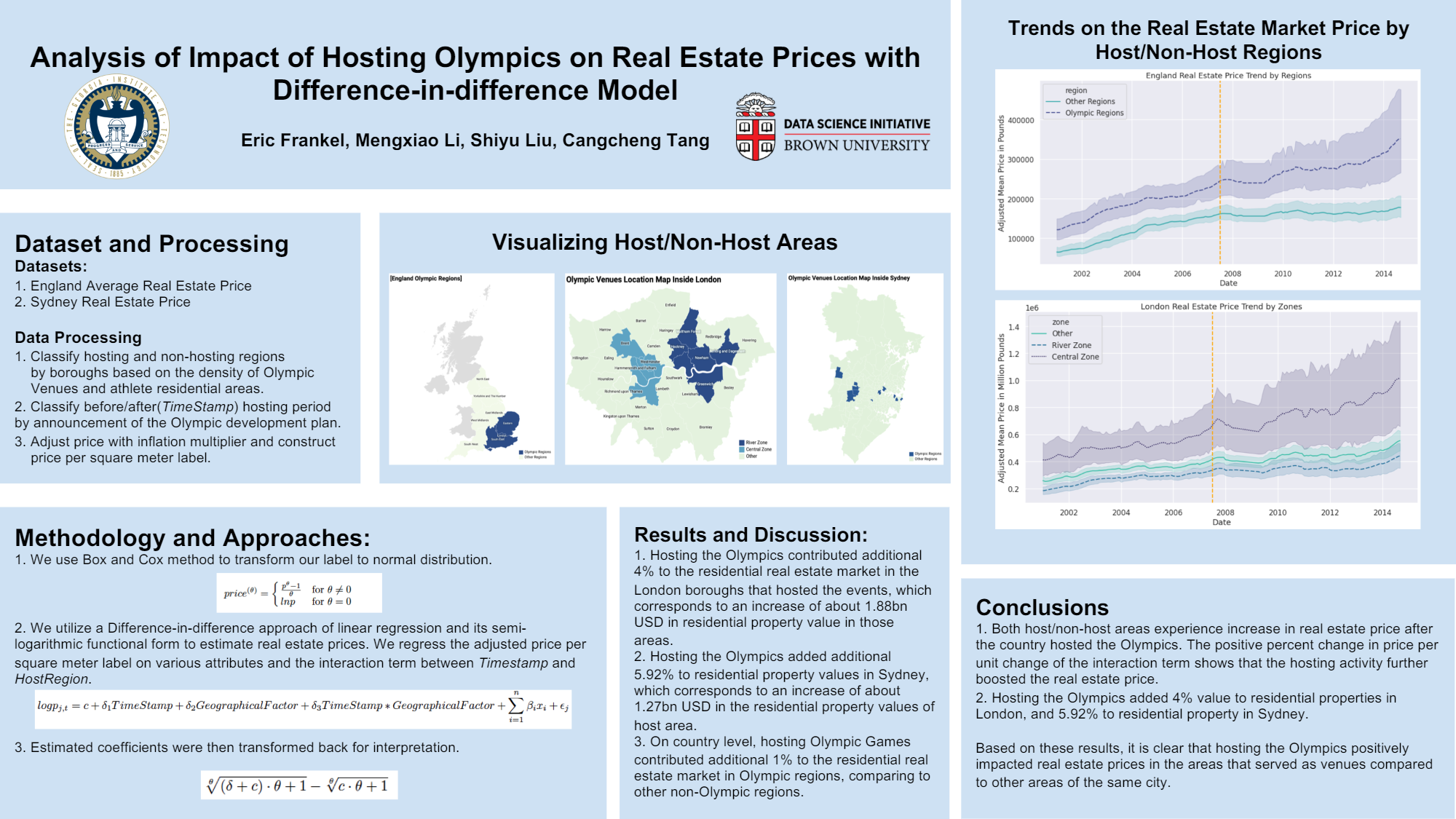 This is a submitted project to Citadel Data Open 2020 Summer. Please see our final report here.